As installed at Mayrau Miner’s Museum, Kladno, The Czech Republic

Myrau Miner’s Museum used to be a coal mine.

I stayed there for several weeks for an international art project and had the pleasure of talking with the local residents and the miners who used to work at the coal mine. They all missed the good old days. They told me that one of their best moments was the time they stepped into the shower at the end of their shift, to wash the black coal off their skin.

Inspired by this daily cleansing ritual, patches of white laundry detergent and black coal powder, are placed on the floor to be viewed from above. They reshape an abstract microcosmos, unfamiliar to the viewer’s gaze and impossible to grasp or explore.

Hanging from the ceiling is a pitcher filled with used soap bars, left by the miners at the mine’s shower in 1997, the day the mine closed it doors the last time.

Together, both the floor piece and the soap bars spread a strong aroma all around the room, empowering the viewer to experience the installation in a sensual manner.

A Ritual in Black and White, on its dark and clear fragile forms, brings to mind a structural work made by ants.

The ants’ work, much like that of the miners, consists of a diligent group effort done mostly underground in the dark, while leaving at the end of the day merely scattered forgotten signs on the surface of the earth. 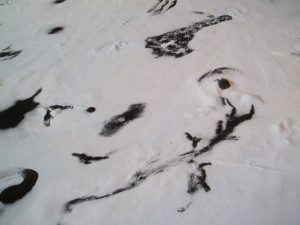 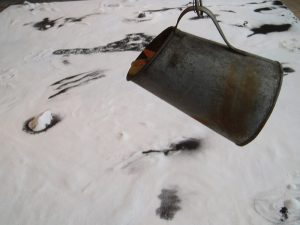 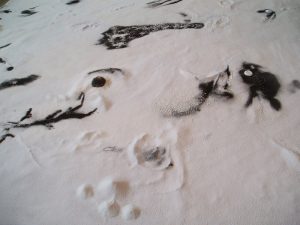 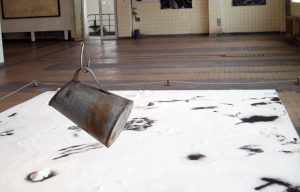 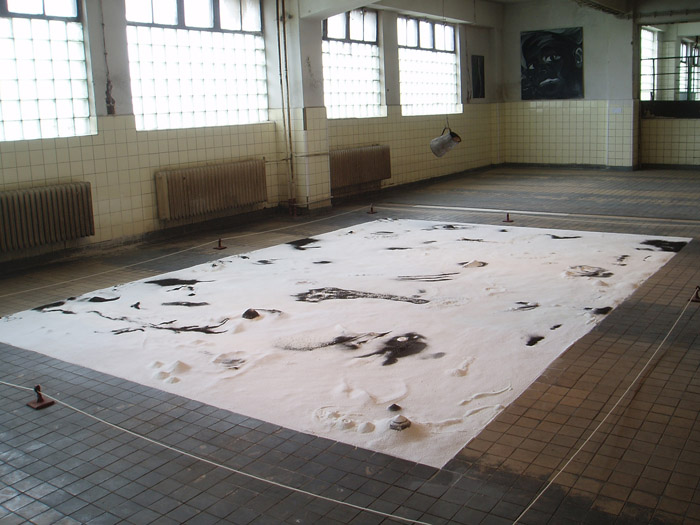