In 2016 there were two dysfunctional relationships in my life:
With my ice cream truck driver and with my gardener. The latter was very emotional.

It was not the glass door he had broken and lied about (but later paid for). It was not the fact that he eliminated (deliberately?) my most beautiful bougainvillea bush. It wasn’t even his way of blowing away the dry leaves (towards my angry neighbor’s yard) or his way of working for only six minutes at a time and using my garden hose without turning it off.

I bet you are thinking I’d write here “BUT…” and give you a list of adorable things he had done in his lifetime, and why I actually liked him so much. 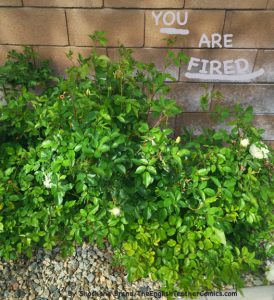 Nope, I’ve got nothin’ here.
He was the worst gardener I’ve ever had.

In July I finally decided to fire him.
Hence when November dawned on me, I approached him right away at the end of the month.
Things went better than I had expected, so I believe I’ve got the experience and wisdom to advise you on the subject.

I googled “Your gardener and you”, “the best break-up moments in the history of cinema”, and “how to grow vegetables”, and did some research on the subject. As a result, I became very confident.
I also practiced in front of the mirror for five minutes at a time.

So in the last week of November, I wrote the gardener his last check and stepped outside when he finished working. He was standing by his truck.
I said directly: “Don’t come next week.”
“Are you going abroad” – he asked with no question mark. 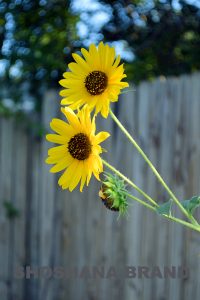 Me: No, not at all…
Gardener: (staring at me with red eyes)

Secondly- Do not look directly at his face.
Right away I looked at the poor bougainvillea behind him.
I also blocked all thoughts.
Basically- talking excessively is the best approach.

Me: You are fired. It’s not you, it’s me… We can still be friends… It isn’t working… I’ll always remember you…. I’m a vegan.
I knew that this went quite well, because his feet disappeared from the sidewalk (remember, I didn’t look at his face), and I also heard the engine starting. He said: Fine, goodbye, and then added something in a foreign language, which probably translated into “I’ll miss you” or a blessing of some sort.

And off he drove.

Thirdly – Call your new gardener.
I already had in my possession a phone number of a great much cheaper gardener.

Find a gardener before you fire the current one, and have him come to work with no delay.
This way you’ll stop living in the past, and start a fresh new chapter in your life.
Hopefully, a much more rosy one.