As installed at the International Gallery of Contemporary Art (IGCA), Anchorage, Alaska

The show consumes three rooms at the gallery.

Through video, photographs, and mixed-media the show suggests a primal longing for the sea and to natural habitats.

Garden hose cuttings curl out of a hanging pot, hundreds of standard-size photographs of sand are taped to the gallery’s floor, and in the video, people read poems to the sea in different languages. 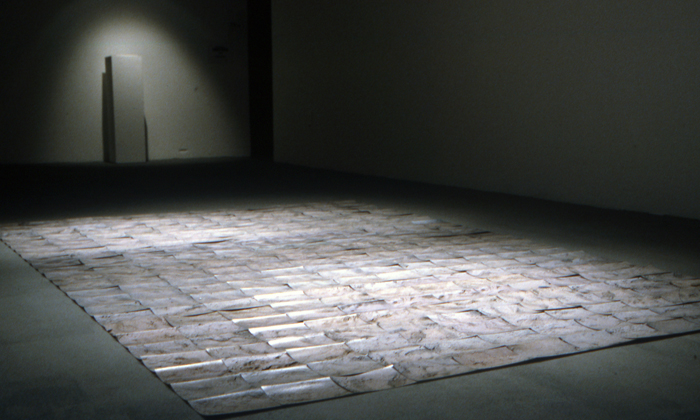 The installation concerns itself with the spare and worn appearances of urban blight and the dearth of nature in most people’s lives. 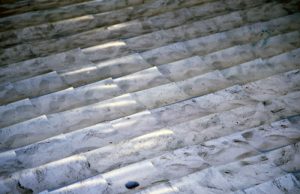 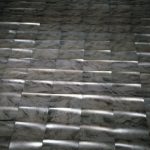 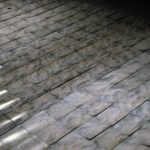 A 6:40 minutes looped video was screened at the Guest Gallery.

The video depicts people read poems to the sea in different languages.

The urban landscape portrayed in the video was shot in the U.S, Israel, China and the Czech Republic.

The video loop moves through the whitewashed hues of an urban setting. Bird chatters and traffic noise mimic the sea at times, but the ocean seems more like a lost lover than a companion. 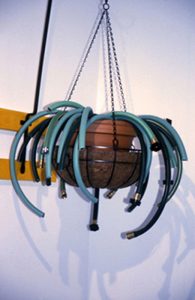 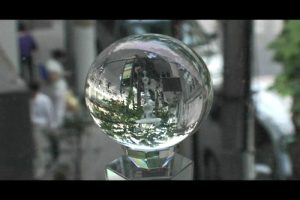 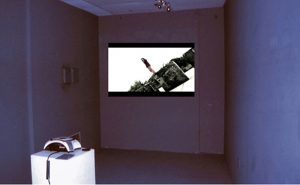