Words and art by Shoshana Brand

I traveled to Amsterdam and had the time of my life.

Amsterdam is this kind of city where merely by walking the streets or sitting in a cafe’, you already get what you’ve been paying for. 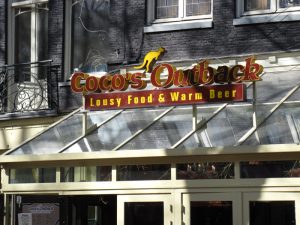 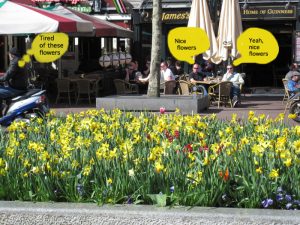 I chose The Albus for my temporary residency; relatively a small hotel, The Albus was modern, comfortable and warm. 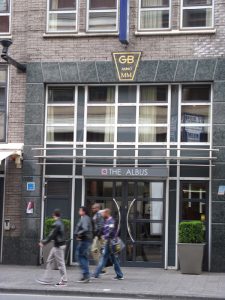 Lucky me, this was a sunny and warm week. And when it became cold (on the last day of my stay) – I comfortably placed myself inside some interesting bookstores. 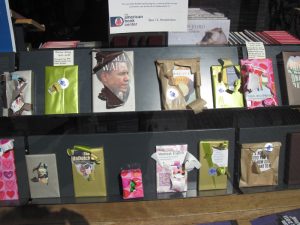 Coming from a country where even one car passing by in an empty street is a cause for a fatal accident, I saluted the streets of Amsterdam which calmly and orderly contained masses of trams, pedestrians, cars, and bikes. 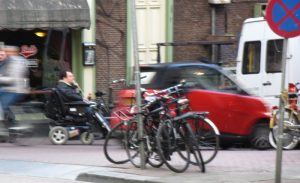 There were many street-shows everywhere, mainly in the Dam Square; some were reserved and quiet, while others were interactive. 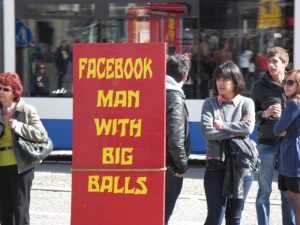 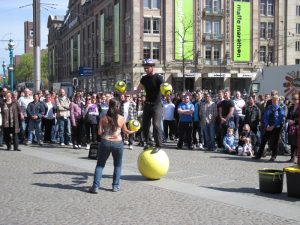 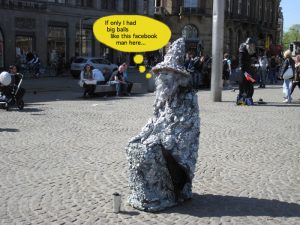 I strolled through the canals and visited some markets, including the flower market. 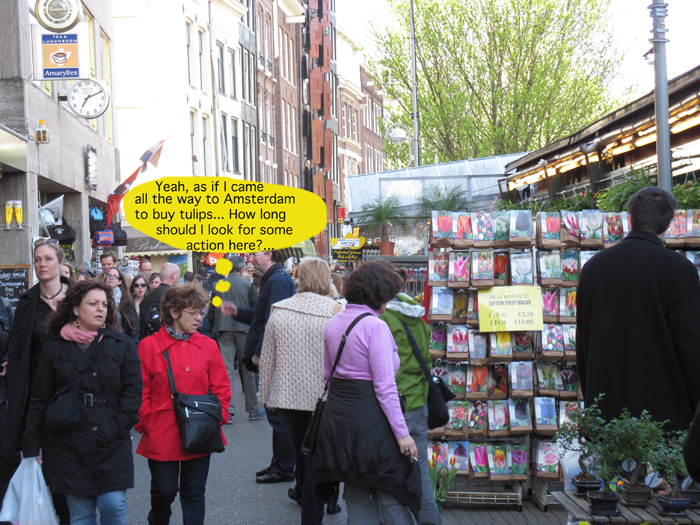 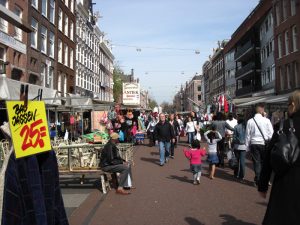 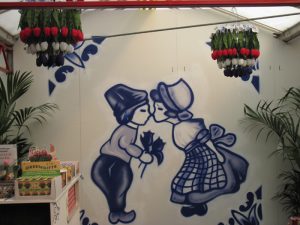 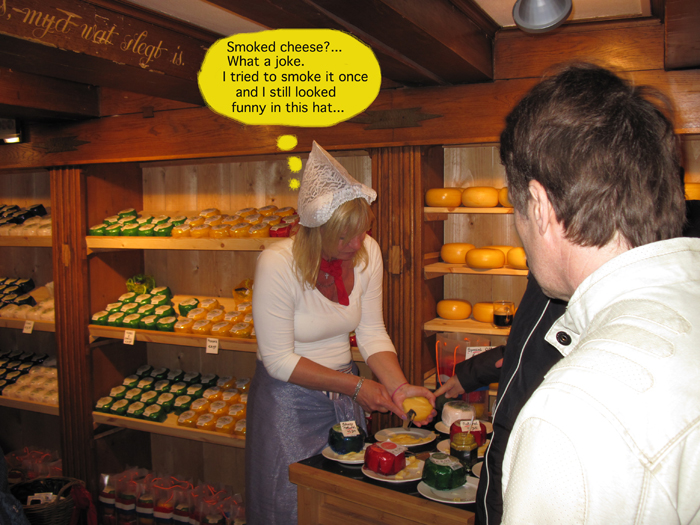 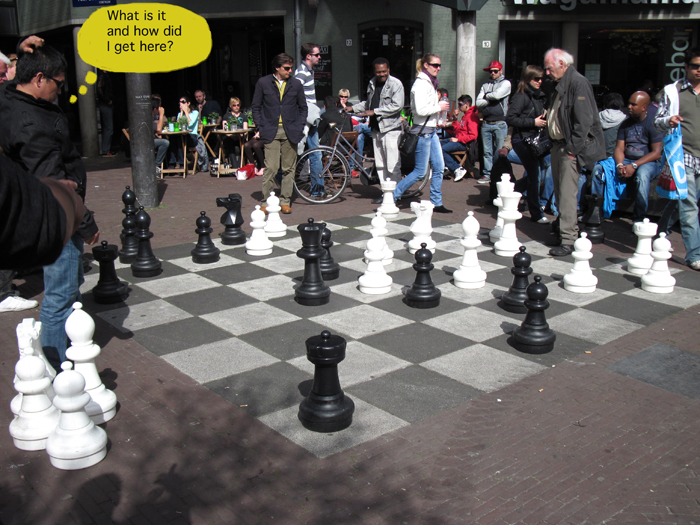 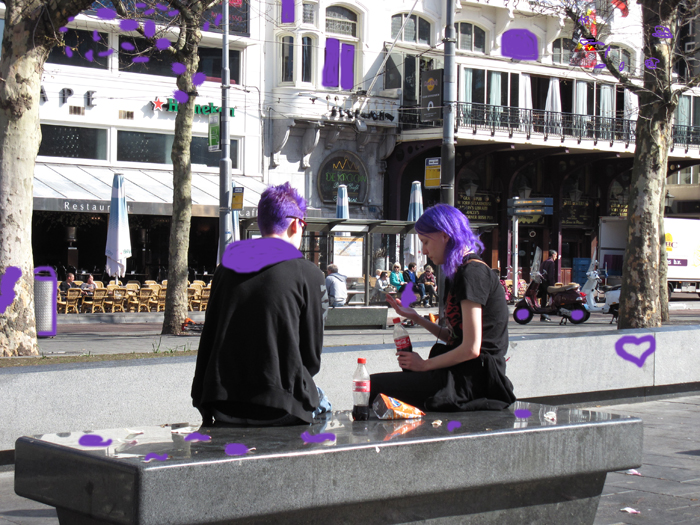 I like the transparent feeling expressed through all those beautiful houses and office windows.

I think that the people in Amsterdam just don’t care much for curtains. 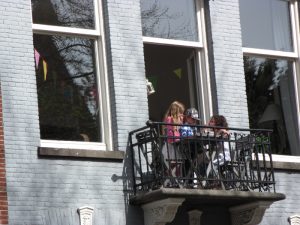 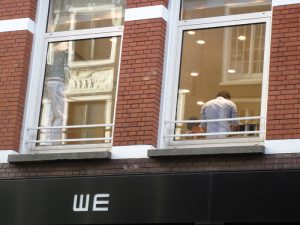 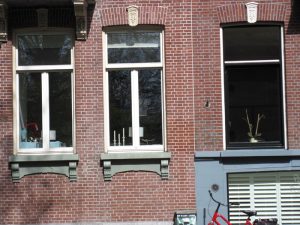 In the Dam Square, I entered the Royal palace.

It was renovated from 2005 until June 2009, during which asbestos was removed and modern devices were installed.

Serving as a city hall for a century and a half, today the Palace is used for state functions. It looks highly rich and decorative. I was mainly impressed by the marble floor with the two maps of the world with a celestial hemisphere. 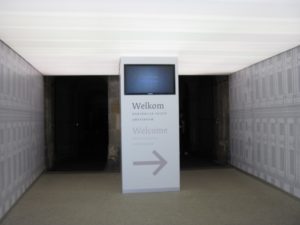 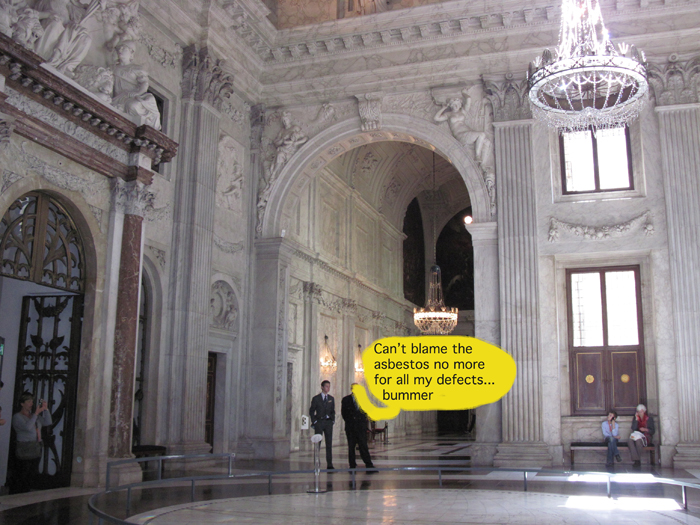 In the Rijksmuseum, I spent long minutes in front of the many paintings of Rembrandt van Rijn (1606 – 1669). Any artist or art lover knows that there is a huge difference between a print and its original. The paintings of Rembrandt on their thick brushstrokes and built-up glaze induced a feeling of awe in me, especially the ones made in his early years. 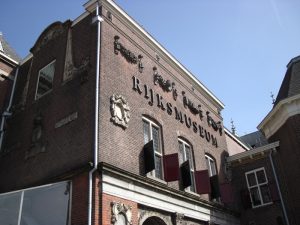 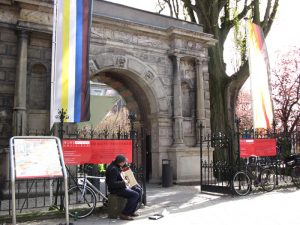 The Rijksmuseum also has the only outdoors painting Johannes Vermeer (1632 – 1675) ever made, titled The Little Street (1658). This is a beautiful scene with a perfect light and composition.

Personally – I became attached to The Milkmaid (1657-1658), the famous painting by Vermeer. I sat in front it for an hour or so, studying the tiny dots he used in order to depict the reflection of light in the bread rolls and the blue cloth. I just could not have enough of the painting’s sense of timelessness and poetry. 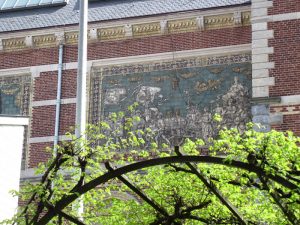 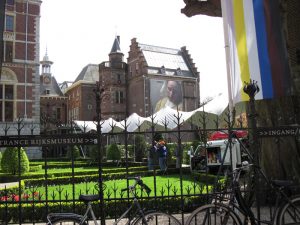 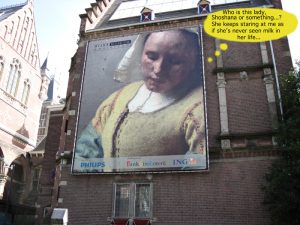 The Anne Frank House is a place where I always had wished to visit. It was packed with people of all ages who had come from all over the globe. 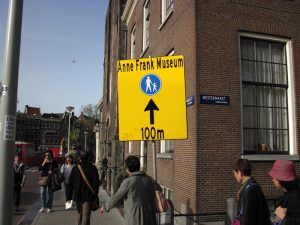 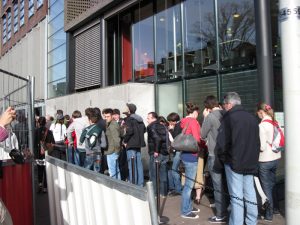 The Anne Frank House isn’t arranged like a standard museum where visitors may freely stroll around or step back. Once you walk among the crowd, you are not able to slow down but are forced to walk in a certain pace and climb up the steep stairs like anyone else. This physical experience in itself brought me to tears.

Excerpts from Anne Frank’s writings are etched on the walls.

“One day this terrible war will be over. The time will come when we’ll be people again and not just Jews! We can never be just Dutch, or just English, or whatever, we will always be Jews as well. But then, we’ll want to be.”

Once you reach the top of the House, you cannot climb up to the attic. All you can do 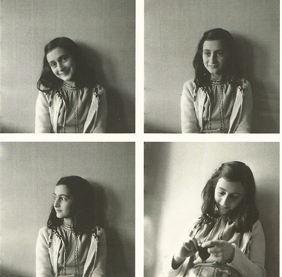 is stand there and look at the window from the room underneath. Large mirrors are displayed in certain spots, revealing the chestnut tree that Anne Frank and Peter van Pels used to observe when they spent time together. Much like Peter and Anne, the visitors in the secret annex are unable to grasp the tree nor come close to it, but only look at it from downstairs.

One of the most inspiring moments in the Anne Frank House was when I looked at the letters and photographs of Margot Frank, Anne’s older sister. Margot was an intelligent well-loved girl who wrote a diary much like her sister. We know about the diary only from one line written in Anne’s diary about her sister’s. Since the world never found any trace of the writings, Margot has not become famous as Anne, and ultimately, we don’t know much about who she really was.

It was interesting to watch a family friend expressing in a video movie some irritation towards the fact that Anne has been the one to receive all the attention of the world, while Margot has been somehow forgotten. She definitely thought highly of Margot, but… how can anyone question fame?

“To build up the future, you have to know the past”. 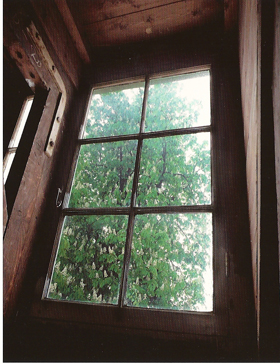