IRMINA, by Barbara Yelin, is a graphic novel about the life of one German woman during the Nazi era.

Reading dozens and dozens of books about the Holocaust, I have never had the opportunity to read a book written from the point of view of an ordinary German citizen. In this regard, this is a unique book. The illustrations of Yelin are strong and authentic and add a realistic dimension to the plot. 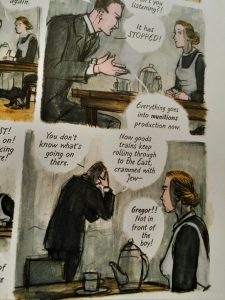 Irmina travels from Germany to London, with a dream in her heart- to become a financially independent woman. Far from being rich, she cannot afford to admit to the university, so she studies to become a foreign language secretary. In London, she meets a black guy from Barbados, named Howard Green, and the two fall in love. The young man, an excellent student who studies law on a scholarship, is standing out like a sore thumb in the all-white crowd of London. One day, at the movies, when people refuse to sit next to Howard, Irmina stands out to help him and preaches to the audience about Racism.

Was she brave? This was one of the few occasions in the book, in which we spot a sparkle in Irmina. Most of the time, however, Irmina, in spite of her determination to become independent, was not able to objectively see Germany for what this country really was. When asked about the political events in Germany, Irmina defends her country in the face of Londoners and is offended by the critic.

Irmina goes back to Germany, in the hope to return to London after saving some money. She misses Howard very much, and cannot tolerate her job and the political atmosphere. She, however, is not able to even eat well with the minimum pay she receives from the Nazi government and is forced to stay in Germany. She believes she has lost Howard forever, when letters she had mailed him come back, with a Wrong Address note.

Irmina marries an enthusiastic architect, who dreams to build grand constructions under the false promises of Hitler’s leadership but ends up fighting as a Nazi soldier. Irmina herself is being changed in front of our eyes, as she becomes more and more hateful towards the Jews, and refrains from speaking her mind. She even turns against her friend Gerda, saying to her “I will need to report you”.

It is interesting to view how in a way Irmina does not fully follow the National Socialism concepts that demand individual sacrifices for the good of the society. 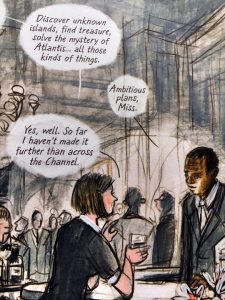 She instead asks what the regime can do for HER. She hates to stay at home and cook for her husband, and she has no interest in contributing to the Nazi Women’s League. However, she would never stand out to help others or say a good word about the victims she meets every day on the street. She just somehow gets by and survives, completely obedient, consciously avoiding the possibility of arrests, sanctions, concentration camps, and other methods of dictatorship, that the Third Reich used in order to rule the German citizens.

In her old age, years after the death of her husband, Irmina is invited by Howard to his daughter’s birthday party. She flies to Barbados. Now Howard Green has a family, and he is a respectful wealthy Governor. Irmina’s life’s events stream in front of her when she meets Howard’s free-spirit daughter, who was named after her, Irmina. In this thoughtful state, Irmina admits she has not been brave at all. However, she is unable to admit she was a beneficiary of the prosecution of Jews and the life of an SS’s wife.

This is a story about a conflict between fate and free will. Did Irmina have the choice to follow her true and only love? To stay in London when her stream of money stopped? To be more compassionate towards suffering human beings during the war? To be thankful for the security she had attained in Germany, compared to other people’s lives? The author unfolds for us the various roads offered to Irmina, and we follow the trails she consciously selected. Living her life as if she was a helpless creature carried away by a fatal ocean, Irmina is constantly taking the path that seems to be the easiest one. However, time and time again she loses her own self. 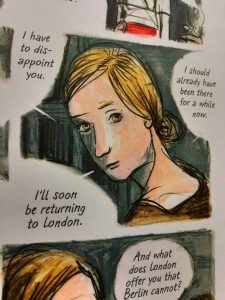 Irmina is a part of a whole generation that did not fully answer questions about their collaboration with Hitler. Her generation was infused by the Nazis’ hateful theories and falsely blamed the Jews for all the wrongdoing in the world. Like millions of other people, also Irmina failed to find happiness in a dictatorship regime, and chose the road of silence and cooperation, after fully benefitting from the Nazi ideology. 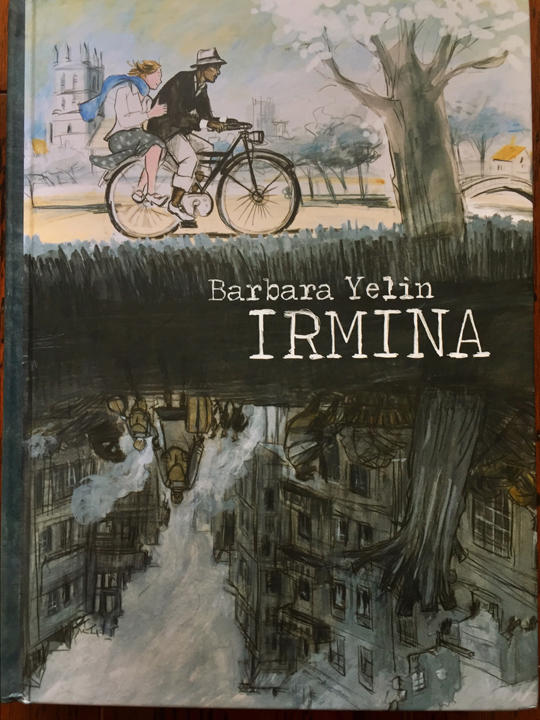